Bridgwater Gangs and Features carnival clubs have donated £800 to the Dorset and Somerset Air Ambulance charity on behalf of the audiences from the 2022 Old Folks Shows.

The popular free event, which is organised by Bridgwater Gangs and Features, returned in March after an enforced two year Covid pause, and is held annually to thank local pensioners for their continued help and support and to recognise those who have kept the carnival spirit alive over the years.

The money was raised through charity collections which were held during the three show performances.
Arthur Leigh, the president for Bridgwater Gangs and Features, said:

“It was amazing to raise so much money for a charity which is so very close to our hearts, and I would like to thank every senior citizen who supported the collections. “I would also like to take this opportunity to thank the many businesses, organisations and individuals who donated raffle prizes for the shows. We really do appreciate and value their continued support and generosity.

2022 saw the 58th anniversary of the Old Folks Show, and since the very first performance back in 1962, the event has gone from strength to strength. Even though the show is less serious than the prestigious carnival concerts in terms of content and stage setting, the standards of singing and choreography are very similar. Local carnivalites also help with the stewarding, sound, lighting, compering, backstage arrangements and refreshments at the show under the leadership of concert organiser Wayne Anker. Next year’s Old Folks Show is taking place between 23 and 25 March 2023. Ticket information will be released in January 2023. 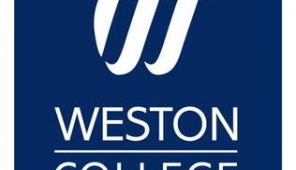