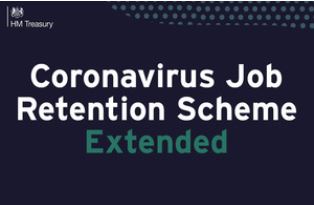 People and businesses across the UK are being provided with additional financial support as part of the government’s plan for the next phase of its response to the coronavirus outbreak, the Prime Minister announced today (31 October).

Throughout the crisis the government’s priority has been to protect lives and livelihoods. Today the Prime Minister said the government’s Coronavirus Job Retention Scheme (CJRS) – also known as the Furlough scheme – will remain open until December, with employees receiving 80% of their current salary for hours not worked, up to a maximum of £2,500. Under the extended scheme, the cost for employers of retaining workers will be reduced compared to the current scheme, which ends today. This means the extended furlough scheme is more generous for employers than it was in October.

Employers small or large, charitable or non-profit, are eligible for the extended Job Retention Scheme, which will continue for a further month.

Businesses will have flexibility to bring furloughed employees back to work on a part time basis or furlough them full-time, and will only be asked to cover National Insurance and employer pension contributions which, for the average claim, accounts for just 5% of total employment costs.