You are here:
Home » News

Bridgwater Chamber of Commerce are looking to hold a networking seminar prior to the June elections to help businesses get the facts on this crucial topic. Latest information shows that the South West business community is becoming increasingly divided over support for the UK's membership of the European Union (EU), according to a survey carried… 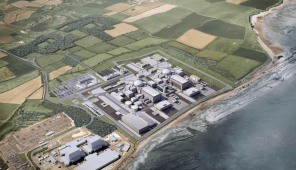 The boss of EDF Energy has told MPs that the Hinkley Point C nuclear power station will "categorically" go ahead but refused to be drawn on a definitive investment date for the project. EDF Energy's chief executive Vincent de Rivaz and managing director of new nuclear build Humphrey Cadoux-Hudson gave evidence at the government's Energy…

A decision on funding for the Hinkley Point C nuclear power station could be made in May 2016, the project's developer EDF Energy has suggested. According to reports, French economy minister Emmanuel Macron has said a final investment decision from EDF, which is 85 per cent state-owned, is expected in early May. He is also…

Bridgwater College has secured pledges for more than 150 apprenticeship vacancies from local businesses. Potential employers pledged 151 roles at the college's apprenticeship and careers open evening held earlier this month. As part of the open evening, employers meet with hundreds of potential apprentices during the event, offering apprenticeships in a variety of different subjects…

The 2016 awards ceremony was held on the 17th March 2016 at the McMillan Theatre, Bridgwater. The evening kicked off with a Champagne reception before moving to the dining room which looked stunning with styled blue, white and purple palm tree table centre pieces. The catering was prepared by Bridgwater College and the food was… 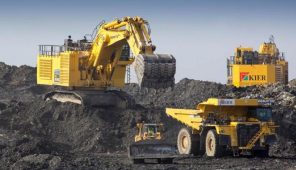 Although a final investment decision for Hinkley Point C is yet to be announced, we are seeing plenty of evidence of continued commitment and progress towards the FID. In the communiqué published by the British and French Government's after the recent Franco British summit, it states: This major strategic project is a pillar of the…

Funding for the Hinkley Point C nuclear power station has moved a step closer with the French Government, which has a stake in developer EDF, offering its support. On a visit to a plant in in Civaux in France, French economy minister Emmanuel Macron is understood to have said the government is prepared to recapitalise… 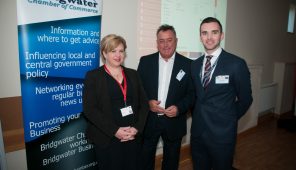 Theme:- Managing the skills shortage in the Bridgwater boom!  Steve Leahy (Chairman) with speakers  Sarah-Jane Trask and Chris Young   The Victoria Park Community Centre was the venue for the event and they looked after us with first-rate refreshments. Following the informal networking opportunities to meet with other attendees the main event commenced with an…

The European Union's competition authority has approved EDF Energy's partnership with China General Nuclear Power Group (CGN) for the construction of Hinkley Point C in Somerset. The Commission's investigation found that competition in the wholesale supply of electricity in the UK will not be hindered by the transaction given the moderate market share of EDF, the very…

Detailed planning permission has been granted for the new Bridgwater Gateway business park. The consent covers the 45-acre first phase of the development and comprises a range of proposed new business park buildings including offices, industrial and a 150-bed hotel. Buildings are available on a design and build basis. The initial enabling works have already… 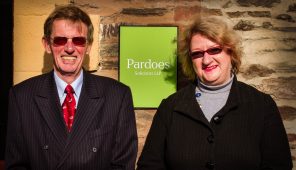 Pardoes solicitors who are a member of Bridgwater Chamber of Commerce are celebrating after winning a trio of national awards The forward-thinking solicitors won the awards for a variety of achievements including service to customers, its work in property disputes, and with private clients. The first award was the 2016 Corporate International Magazine Global Award for…

EDF has appointed a new project director for the Hinkley Point C nuclear power station project after Chris Bakken left to take up a new role in the US. Philippe Bordarier, chief nuclear officer at EDF Energy Generation, will take up the position having been at the French company for two years. Bakken joined Nuclear…

Somerset engineering boss - we are primed, I just wish I was younger   EDF Energy is close to making the final investment decision that will start main construction work on Hinkley Point C nuclear power station, Europe's biggest civil engineering project. The build will bring huge benefits for business, jobs and skills upgrades throughout…

Good news for constuction and apprenticeships

About 26,000 construction jobs could be created in the South West over the next five years, according to figures from the Construction Industry Training Board (CITB). CITB's Construction Skills Network (CSN) report said sector employment could reach more than 257,000 by 2020. The Hinckley Point C nuclear power station will drive growth with a 14.2…

Hinkley Point funding could be delayed

The Hinkley Point C nuclear power station could be delayed amid reports that EDF has postponed a final decision on funding. It is understood that the French energy company was set to hold a meeting today (27 January 2016) to finalise its funding for the project, but this has now been postponed. French newspaper Les…